Leading with focus and commitment.

Our senior leadership team shares a deep commitment to providing our clients with distinctive value and outstanding results. We’ve built a culture firmly focused on placing your needs and goals at the core of everything we do, including who we hire and how we motivate our teams to work together. Together, we collaborate with clients at all levels, in order to help lead the way to better experiences and outcomes—not just for today, but over the long term.

John Gregg is Chairman and Chief Executive Officer of Truist Securities, the Corporate and Investment Banking division of Truist Financial Corporation. Gregg has 32 years of investment banking and capital markets experience and he and his family have lived in Atlanta since 2006.

Gregg earned a Bachelor’s degree from North Carolina State University in 1984 and a Master’s degree in Business Administration from Duke University’s Fuqua School of Business in 1989. Gregg serves as a board member for the Grady Memorial Hospital Corporation, Junior Achievement of Georgia and the ABA Securities Association, and is a Director of the Buckhead Coalition. He previously served as a board member for the Grady Health Foundation and Trees Atlanta. 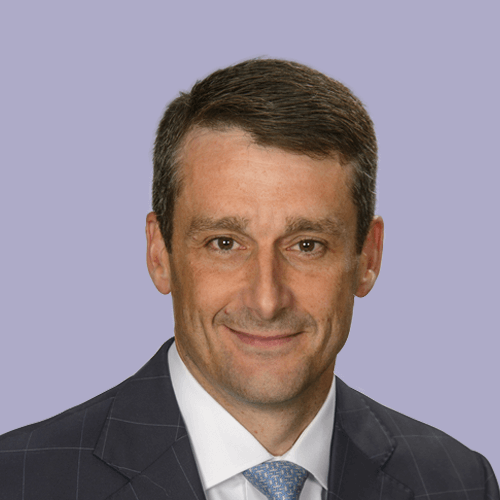 Thomas (Tom) P. Hackett serves as President and Chief Operating Officer of Truist Securities and is responsible for leading the Investment Banking, Corporate Banking, Mergers & Acquisitions, Capital Markets, and Asset Finance teams. In this role, Hackett leads a team of 700 professionals who serve corporate clients with the full suite of capital markets, advisory and traditional banking products and services.

Previously, Hackett served as Head of Investment Banking, where he led a team of about 300 professionals that advised Corporations and Financial Sponsors on a wide range of merger & acquisition and capital raising initiatives.

Prior to coming to CIB, Hackett worked for the Citi Markets & Banking Healthcare Group. In that role, he advised pharma and biotech companies on strategic and capital markets transactions. Prior to Citi, Hackett spent seven years with Prudential Capital Group originating senior, mezzanine and equity private placements, ultimately as Head of the London Office. Hackett started his career at First Union in various capacities in the CIB. Hackett earned his Bachelor’s degree in Finance from Auburn University and a Master’s degree in Business Administration from Emory University.

Head of Credit and Liquidity Delivery

Dana Dhaliwal is a managing director and is the Head of Credit & Liquidity Delivery for the Corporate & Investment Bank (CIB) with Truist Securities. Credit Delivery includes the Acquisition Finance, Execution & Structuring (AFES) team and the Portfolio Management teams aligned with each Investment Banking sector or Corporate Banking region. These teams underwrite and execute commitments to loan and bridge transactions, and actively manage CIB’s portfolio of credit exposure.

Dhaliwal has over 19 years of banking and capital markets experience. Immediately prior to her current role, she was Head of Financial Risk Management for CIB, leading a team of professionals responsible for helping clients across all lines of business manage risks related to Interest Rates, Foreign Exchange, and Commodities.

Other prior experience includes roles in CIB Strategy and Business Management, and various roles covering clients in the healthcare and consumer sectors in CIB and in Markets & Banking at Citi.

Dhaliwal earned a Bachelor of Arts in Economics from the University of North Carolina at Chapel Hill.

Raul Gutierrez serves as Head of Mergers & Acquisitions (M&A) with Truist Securities. Gutierrez has over 25 years of experience in originating and delivering a broad array of strategic and transactional advisory services to publically traded, sponsor-owned and privately owned companies. Gutierrez previously served as a Managing Director and Head of Healthcare M&A from 2010 to 2020. Gutierrez was instrumental in growing the firm’s Healthcare M&A effort, providing senior transaction leadership and deepening Healthcare client relationships.

Prior to joining the bank in 2010, Gutierrez served as a Managing Director and Head of Healthcare M&A for Deutsche Bank advising Global 500 clients across the healthcare services and medical device verticals.

Prior to joining CIB in 2013, Jarrett held senior roles with the Asset Based Capital Markets team at Bank of America Merrill Lynch (BAML). Prior to 2003, Janet was a director on BAML’s middle market leveraged finance team. During her tenure at BAML, she originated, structured, and distributed over 200 left lead transactions for companies in the consumer, retail, and industrial sectors. These transactions ranged in size from $100MM to multi-billion dollars.

She has over 25 years of experience in corporate and investment banking with an emphasis in asset based Capital Markets and Leveraged Finance.

Jarrett holds a Bachelor of Science and a Master of Business Administration from Wake Forest University.

Jim Pirouz serves as Head of Capital Markets with Truist Securities. Previously, Mr. Pirouz served as Head of Consumer, Retail and Healthcare Investment Banking, where he successfully grew the group to a leading practice on Wall Street, serving both corporate and financial sponsor clients in strategic advisory and acquisition financing. Prior to these roles, Mr. Pirouz served as a Managing Director in Healthcare Investment Banking where he was responsible for coverage of the Benefits Management, For-Profit Acute Care and Distribution sectors where he originated and executed mergers and acquisitions, equity and debt transactions. Mr. Pirouz joined SunTrust Robinson Humphrey in March 2009.

He was previously a Principal in Banc of America Securities' Global Corporate and Investment Banking leveraged finance Group focused on Healthcare mergers and acquisitions, LBO and other capital markets transactions. He currently serves on the Boards of Directors for United Way of Greater Atlanta, UNC Kenan-Flagler Business School and the Center for the Business of Health at UNC Kenan-Flagler Business School.

Mr. Pirouz holds a Bachelor’s of Science from Cornell University in Mechanical & Aerospace Engineering and an MBA from the University of North Carolina at Chapel Hill. 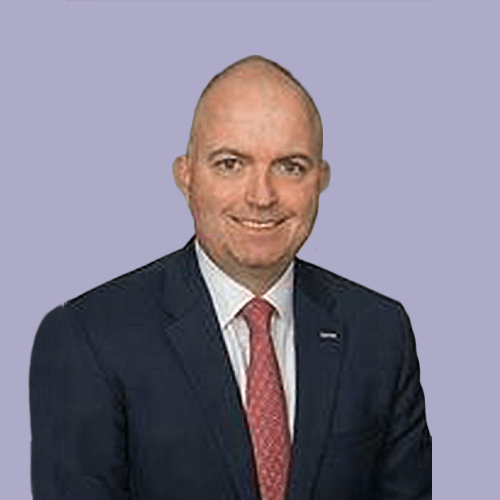 Robert Popowski serves as Head of Sales, Trading & Research at the Corporate & Investment Bank (CIB) for Truist Securities. CIB is an active market maker in Equity and Fixed Income products in support of its origination efforts. In addition, Popowski is responsible for Financial Risk Management trading, which includes Commodities, FX, Rates and Equity Derivatives—along with the Quantitative Research Group—which supports all of these efforts.

Prior to joining CIB in 2010, Popowski was Head of Rates Sales in the Americas at Credit Agricole. Popowski was at Wachovia from 2003 to 2008, where he was responsible for building the hedge fund sales platform in Rates, ultimately becoming the Head of Institutional Rate Sales. From 1994 to 2003, he held a variety of positions while at Bank of America in Derivatives/Rates Sales and Trading including Co-Head of Institutional Derivative Sales. Popowski has over 25 years of Sales & Trading experience.

Popowski holds a Bachelor of Science in Finance from Villanova University. 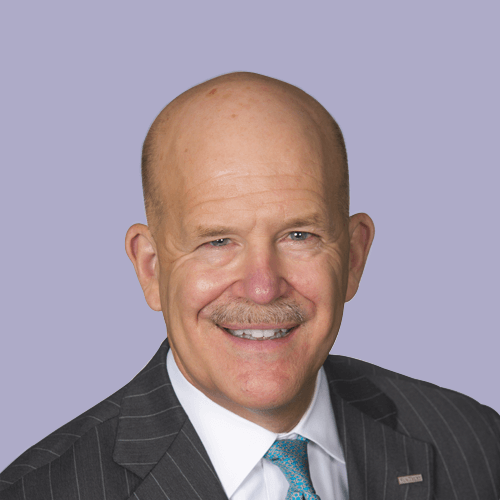 Glenn Stewart serves as managing director and Head of Syndicate for Truist Securities. He is responsible for the Fixed Income and Equity Syndicate Functions as well as the Loan Sales and Loan Trading Desk.

Stewart holds a Bachelor of Arts in economics from Rutgers College-Rutgers University and a Master’s degree in Business Administration with a concentration in Accounting and Finance from University of Pittsburgh’s Joseph M. Katz Graduate School of Business. 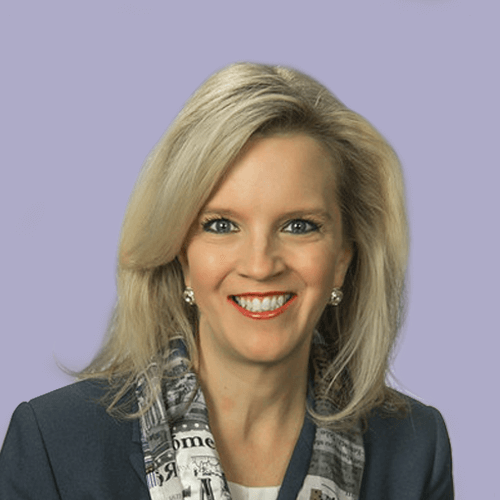 Head of Business Enablement and Transformation

Erin Watson is Head of Strategy at Truist Securities. In this role, she leads strategic enablement for Corporate & Investment Banking (CIB) lines of business. She has direct oversight of the firm’s strategic planning, Business Management function, as well as its talent programs.

Prior to her appointment as Head of Strategy in 2015, Watson was the business manager for Corporate Banking at Truist Securities predecessor, SunTrust Robinson Humphrey, where she played a key role in the national expansion of that line of business. Watson has over 25 years of financial services experience, primarily at SunTrust, along with Bank of America and its predecessors. Her experience has centered in Wholesale Banking, including a variety of roles in middle market banking and credit products, as well as marketing.

She holds a Bachelor’s degree in Business Economics and French from Wofford College and an IMBA in International Management, Strategy and Marketing from the University of South Carolina.

Head of Risk and Regulatory Execution

Hope Williams is Head of Risk and Regulatory Execution for the Corporate & Investment Bank (CIB) with Truist Securities. In this role, she serves as the primary CIB liaison and subject matter expert for technology, regulatory, compliance, operations, operational risk management, and vendor relationships.

Prior to her appointment as Head of Risk and Regulatory Execution in December 2019, Williams led or engaged in high priority CIB and Wholesale projects. Williams has 24 years of Finance, Treasury and Operations experience. Her experience has centered in CIB, specifically in Asset Securitization and Syndicated & Leveraged Finance.

Williams holds a Bachelor of Science in finance from the University of Central Florida.